Read the quote and comment on the authors’ opinions.

Which of them do you support? Are you for or against of modern medical advancements?

I don’t believe medical advancements are doing much to advance human life. As fast as we create ways to extend it we are inventing ways to shorten it.

Thanks to modern medical advances such as antibiotics, nasal spray, and Diet Coke, it has become routine for people in the civilized world to pass the age of 40, sometimes more than once.

1. Think of your last visit to a doctor, what medical equipment and tools did you see in the surgery? Look at the pictures and match the appropriate names. Add to the list more medical equipment.

2. Tick the items that go in the first aid kit. Explain your choice.

3. What does the doctor prescribe? What do doctors treat with? What were the last medicines you took? Fill in the given words to complete the sentences appropriately.

2) You can prevent pain by taking a_____ at the first warning sign.

5) According to the packet, these _____ restore lost vitality, so I always take my daily dose of it.

7) The doctor diagnosed a throat infection and prescribed _____ and junior aspirin.

11) ____ may help to increase blood flow to specific areas of the body or remove strain in muscles.

4. What medical advances of the 21st century can you think of? What was the most useful one? Read the text and tell which of the mentioned medical innovations were known to you?

1) BRAIN IMPLANTS: _______. Hearts have long been regulated by electronic implants. Now it’s the brain’s turn. A new “pacemaker” for the human brain, founded in the US Defense Department, could boost memory, reduce the symptoms of tremor, slowness, stiffness, and walking problems. It consists of thin electrical wires connected to a battery pack that sends electrical impulses into the brain areas responsible for movement and helps brain cells work better. This device has a wide potential and will be “one more part of the puzzle” in treating epilepsy, Parkinson’s, and Alzheimer’s disease.

2) CANCER VACCINE:_______. Researchers at Stanford University announced in February, 2018, that they would be starting the first human testing of a novel cancer therapy. Prior research conducted on mice (it was 90 infected and 87 cured completely) found that injections of immune-stimulating agents were able to remove all traces of cancer, and prohibit potential growth of diseased cells. It is an incredible breakthrough, that could present an all-new treatment to fight cancer.

3) TOOTH SENSORS:_______. A team from Tufts University School of Engineering has developed a sensor that can be worn on your tooth and provides real-time data on your diet. With the device, the Tufts team aims to take measurements from inside the mouth, recording what’s been eaten and how the body has responded. The biosensor could be of huge benefit to medical professionals when treating patients.

4) KILLING VIRUSES WITH UV LIGHT: _______. Since childhood you’ve been told to avoid ultraviolet (UV) radiation, which is responsible for nearly all skin cancers. But a new study published in 2018’s February issue of Scientific Reports has shown that an ultraviolet (UV) lamp can destroy microscopic bacteria and wipe out viruses, but can’t travel through the protective outer layers of human skin or eyes. Researchers hope one day the technology will become available for sale to the public. It can help prevent the spread of airborne viruses, like seasonal flu, in public places such as schools, hospitals, or airports.

5) DOUBLE FACE TRANSPLANT: _______. We’re all pretty used to transplant surgery these days, with livers and kidneys and even hearts being routinely implanted within patients. But a face transplant? In January of 2018, French surgeons performed the world’s first re-transplantation. Surgeries of this kind are incredibly difficult, and the risk of rejection is high. This landmark discovery proves that face transplant is a possibility; however it also proves how much we have yet to learn about this area of surgery. Lesson 4 READING 4. What medical advances of the 21st century can you think of? What was the most useful one? Read the text and tell which of the mentioned medical innovations were known to you?

5. Fill in the missing parts of the headings.

a) The World’s First

c) A New Way to Fight the Flu

e) Improving Human Memory By Up To 15 Percent

6. Match the words in colour in the text to their meanings below.

7. Read the following sentences and tell if they are true (Т), false (F) or not given.

1) Electronic implants have long been used for hearts, but not for brains.

2) Brain implants are made for everyone who wants to improve the abilities of their brain.

3) Researchers at Stanford are using the body’s own immune system to seek and destroy cancer cells.

4) The research team of a new cancer therapy are hold experimental studies with involved human participants.

5) UV light might be just as effective at fighting viruses as it is harmful to human skin or eyes.

6) Continuous low doses of UV light are harmless to humans.

7) A tiny sensor on your tooth doesn’t contain any useful information for doctors but can help you keep fit.

8) The world’s first facial transplant has been rejected by the patient’s body.

9) Face transplant surgeries are very dangerous and there is still a lot to be discovered in this area. 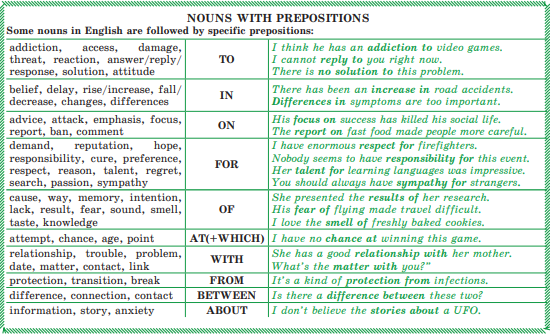 8. Complete the following sentences with the correct preposition after nouns.

1) This is an example_____ international collaboration.

6) He was responsible for the delay_____ the preparations.

7) Tomas is making his third attempt _____ the world record.

11) There are some differences _____ British and American English.

12) All information _____ this exhibition must be published.

13) She caused huge damage ____his car when she crashed into it.

14) Do you have a good relationship ____most of your relatives?

15) The advantage _____ having free time is that you can do anything you want with it.

9. Work in pairs. Ask and answer the questions below in turns.

1) Do you think people pay enough attention to their health today?

2) What costs are involved when you are ill in your country?

3) Do older people pay more attention to their health than the younger generation?

4) Do you think people have become more health conscious in recent years?

5) Why do you think some people continue bad habits when they know that these are damaging their health?

6) How can people be encouraged to stay healthy?

7) What are the most popular ways of keeping healthy in your country?

8) How can children learn to have a healthy lifestyle?

9) Do you think the government should promote a healthy lifestyle among citizens?

10) Would you say modern science and technology has more of a positive, or a negative influence on people’s health?

10. Write a letter to your penfriend who came down with some illness. Try to encourage him/her and wish for a quick recovery. Tell him/her about your recent illness or injury experience. You should describe it.

• What it was, what were the symptoms?

• When did it happen, how long did it last?

• How you handle it, and how did it affect your life at that time?