– What is the European Union and how many countries belong to it?

– What are the benefits of joining the EU? Are there any drawbacks?

– What does the EU flag symbolize?

– What are some other international unions or organizations you can think of?

1. What do international organizations do? Match the words to make collocations.

2. Who works for international organizations? Where do they sit? What documents do they rely on? What do they deal with? Match the columns with the questions and discuss the words with your teacher, look up if necessary.

3. Look at the acronyms, are any of them familiar to you? What do they stand for? Match the abbreviations to the full names of the organizations. What do you think each of them deals with?

4. Match the logos below to the organisations above.

5. What do you think are the main roles of these organisations? Read the description of missions and match them to the appropriate organisations.

a) Keeping the peace, developing friendly relationships among countries, and improving the quality of life for the world’s poor people.

b) A group of countries that will protect each other in case of attack, they help keep peace and security around the world and help countries after a natural disaster.

d) Work to improve health around the entire world.

g) Help European countries avoid conflict by making them dependent on each other: create a single economy, act as a single voice in the world for, give aid to countries around the world.

6. Do you know what international organisations Ukraine is a member of? What do you know about their cooperation? Read the article and check your ideas.

Ukraine has formal relations with many nations and in recent decades it has been establishing diplomatic relations with an expanding circle of nations. The foreign relations of Ukraine are guided by a number of key priorities outlined in the foreign policy of Ukraine. 1) ___________.

The most important step toward the accession of our country to the EU was WTO Membership. Since Ukraine became a member of the WTO, there have been a number of particular changes in Ukrainian legislation. The list of changes, which have been made in Ukrainian legislation since the state became a member of the WTO in May 16, 2008, includes creating a free trade zone between Ukraine and the EU; bringing the standards of statistics, tax, pension, insurance, medical, educational, and other systems in accordance with European; political and military-political joining in the Euro-Atlantic structures.

The World Trade Organization is the only global international organization dealing with the rules of trade between nations. 2) ___________. Trade-related disputes are resolved by independent judges at the WTO. The goal is to ensure that trade flows as smoothly, predictably, and freely as possible. Ukraine’s WTO membership provided necessary conditions and opened new prospects for the development of national economy.

The Organization for Security and Co-operation in Europe (OSCE) is the world’s largest security-oriented intergovernmental organization. Its areas of work include issues such as arms control, promotion of human rights, freedom of the press, and fair elections. 5) ___________. Ukraine is a full participating State of the OSCE since January 30, 1992. The Mission monitors and reports on the security situation with daily reports, and in response to specific incidents on the ground with spot reports.

7. Match the words in the text in colour to their synonyms below.

8. Read the sentences below and fill them into the gaps in the text appropriately. There is one you do not need to use.

b) It operates in disaster management, health and care, tracing service, youth activities/ volunteers, and protection of human dignity.

d) It aims to create a multi-vector system cooperation that would ensure its political, economic, and energy safety by increasing international contacts.

e) It prohibits discrimination between trading partners, but provides exceptions for environmental protection, national security, and other important goals.

9. Do you know a motto or hymn of any international organisation mentioned above? Which one? Listen to the extract and tell which organization it belongs to?

10. a) Read the non-official hymn to the United Nations, look up unknown words if needed. Think of the words to complete the gaps. Listen and fill in the missing

b)What is the main idea of the hymn? Translate it into Ukrainian 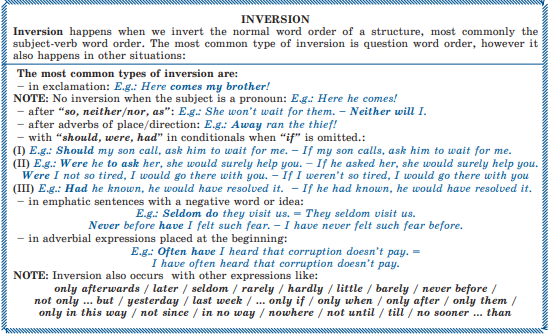 11. Rearrange the word order of the following statements to make the correct sentences.

12. Rewrite these sentences using the given inversion, without changing the meaning.

2) Amy had not enjoyed herself so much since she went to the circus as a child. Not since ____

12) She would never again trust her own judgement when buying antiques. Never__________

13. Change the following If-clauses intoconditionals without “if”.

5) I couldn’t have bought a new car unless I had borrowed some money from the bank. ______

14. Work in pairs. Look through the information from the lesson and talk to your partner about foreign relationships. Ask and answer questions about the international organizations according to what you’ve learnt in the lesson: acronyms, main functions, activities, Ukrainian membership.

For example: A: – What does the UN stand for? B: – The UN stands for the United Nations.

15. Work in groups. Look at the pictures and describe try to explain what is happening. Give ideas about how some of the international organizations can deal with these issues, support your answers with some more examples of what you heard/read in the news about their recent activities. Do you know how they actually help your country?

16. Prepare a short presentation about one of the international organizations mentioned in the lesson or choose some other. Do the necessary research and prepare the following information: